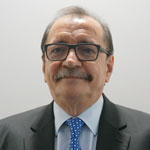 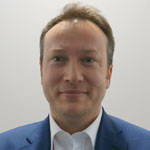 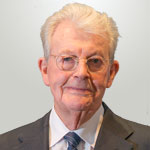 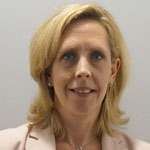 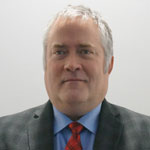 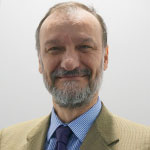 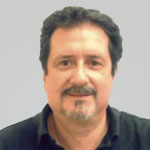 Aldino ALBERTELLI - Founder and Chief Technology Officer - Chairman of the Board of Directors
Michael FRIEH - Executive Director - member of the Board of Directors
Frank CHAPMAN - Director - member of the Board of Directors
Marjorie PACKHAM - Financial Director - member of the Board of Directors
Cameron McCONNEL - Vice President Strategy and Business Development
Dr. Roberto ZEDDA - Technical Engineer Director
Alessandro TOZZI - Technical Director
Aldino has more than 40 years experience in material science, classical architectural molding and building Science. He invented the ACELL FOAM™, trade secret and know how of ACELL TECHNOLOGY™ and has currently 18 patents to his name relating to chemical and manufacturing processes. His early professional experience was centered on the molding of products for the construction of film sets and high-end architectural moldings. In the 70’S, he founded Openwood PLC, a predecessor company to ACELL INDUSTRIES LTD, which grew to become the 2nd largest company in its field in the UK. Openwood PLC worked with the top architectural practices in the UK, and participated in the rebuilding and refurbishing of numerous well-known buildings. In 1982, Aldino negotiated the formation of a joint venture with BP Chemicals for the acquisition of Openwood PLC and served on the board of the JV as Chairman and CEO until 1985. Aldino sought new applications that would enable ACELL to be applied in large-scale, industrialized processes. Its proprietary technology was used to create a range of panels for use in the building and construction industry with the initial focus being to produce composite exterior doors in the UK. The original GRP composite doors were produced using ACELL FOAM™ core surfaced with glass reinforced resins in an automated ‘wet resin’ assembly process. The break-through came in 2008 with the creation of an entirely new moulding process:ACELL MONOLITHIC MOULDING PROCESS™, which was subsequently awarded patent protection by the UK patent authorities in August 2012. Aldino studied at the Hammersmith and West London College, sponsored by the British Film Industry.
Michael joined the ACELL in 1998. He has worked in several functions across the company, including supply chain management, production and technical support. He has significant expertise in the composites field through extensive experience with ACELL and is a co-inventor with company founder Aldino Albertelli of three patents, including the patent for theACELL MONOLITHIC MOULDING PROCESS™ granted in August 2012. Formerly, Michael joined the EDSACO Group, a UK tax consulting subsidiary of the UBS Group where he handled international financial matters for high net worth individuals. Michael earned a degree in Business and Marketing at the European Institute in Strasbourg, France.
Frank Chapman was the pioneer of timeshare properties in the UK. He opened the first timeshare resort on the banks of Loch Rannoch in Perthshire in the late 1970s. Having developed extremely successful resorts which enjoyed international reputation, in 1982 Frank sold his company “Multi Ownership and Hotels” for £4.5 million to Barratt Developments. During this time some £80 million worth of timeshare sales had been achieved. In the 1990’s Frank invested in health resorts which he extensively developed and sold at international five star status (Champneys, Clowance in Cornwall). The concept of Healthshare was introduced. Frank is currently a major shareholder of ACELL INDUSTRIES LTD and continues to work with RDO (Resort Development Organisation) and is active with Sovereign Travel & Leisure Ltd. and Sovereign Travel and Leisure Group PLC. Frank has also been included in Debretts book “Distinguished People of Today” for the last 23 years. In March 2012 Frank was awarded the ‘Lifetime Achievement Award’ by the US based ARDA (American Resort Development Association).
Marjorie is a chartered accountant and worked in practice for eighteen years prior to joining ACELL INDUSTRIES LTD. She has a broad range of experience in audit, financial accounting, management reporting and specialist business consultancy projects. Over the years she has worked with a diverse client base across a variety of industries and has an extensive track record in promoting financial transparency and compliance, ensuring business decisions are grounded in sound financial analysis and providing insight to where value can be generated. She is a fellow of Chartered Accountants Ireland and holds an honours Bachelor of Commerce degree from University College Cork.
Cam joined the company in May 2014 having been a senior consultant and executive in strategy, product development, marketing and new business development within global and emerging markets. With over 20 years experience applying a strong expertise in corporate strategy, product innovation and sustainability. Cam holds a Business Administration Degree and has benefited from numerous programs in management, product innovation, and strategy from numerous business schools including Kellog, Schulich, and Rotman School of Management.
Roberto was a Technical researcher at the Politecnico di Milano and Adjunct Professor in Urban Planning and Architecture. Roberto has over 30 years of hands-on construction experience in design, surveying, on-site management and structural engineering expertise in wood, steel and reinforced concrete. He is also an expert in topographic surveys and municipal sewage systems. His is a member of the Consulting-Science Committee for the city of Milan; providing strategic guidelines and development recommendations for R&D projects focusing on Work-Life balance and Urban dwelling. Roberto earned a Diploma in Quantity Surveying, a degree in Architecture at the world famous Politecnico di Milano and a Doctorate in Urban Planning from the Università degli Studi di Brescia.
He joined ACELL in 2010. Previously, he worked for the company POLYNT spa (previous name LONZA spa) from 1988 to 2009. Alessandro held various positions in Research and Marketing in the area of thermosetting. Then, he became manager of the production site in Brembate di Sopra (Italy) and he was also (2) in charge of the research for three production sites of SMC and BMC in Italy, Germany and Poland. Alessandro earned a degree in Industrial Chemistry at the University "La Sapienza" of Rome, with a thesis in the field of thermosetting.
We use cookies to give you the best online experience. By agreeing you accept the use of cookies in accordance with our cookie policy.
I accept
I decline
Privacy Center